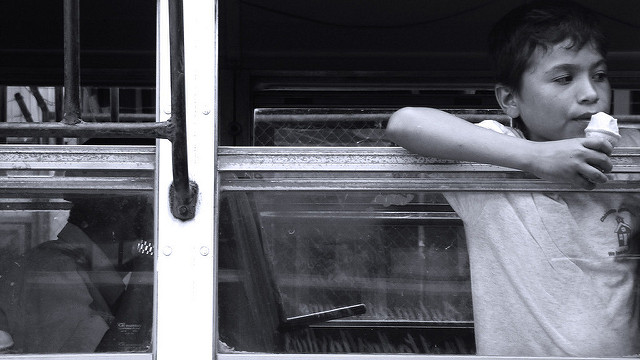 [This content was originally posted by Gary Vaynerchuk on Linkedin 4/9/13. Gary is a social media pioneer and the co-founder and CEO of Vaynermedia. You can follow him on Twitter at @Garyvee and find him on Facebook at facebook.com/gary]

So, knowing that I have a lot of young fans, this may not resonate, but for all of you “older peeps” like me that are lucky enough to have two children…

Something interesting happened the other day. We had some great friends over, Erin and François. They have three children, and Erin was getting their middle child ready. Their third child was laying on the ground, legs flailing in the air, and I got thinking about how Lizzie and I are handling Xander compared to Misha, and I realized “My God…”

I asked Erin, “Would you ever let Sebastian (middle child) lay like that?”
She was like, “Absolutely not!”

You start realizing a very common joke around people that have young children is how differently you act with the second child than you do with the first.

I’ve been paying attention to a lot of people running businesses, and from corporate America that wants every little ROI tight, to entrepreneurs who have never been through it before – thus are micromanaging dumb shit that doesn’t actually matter, it’s very obvious to me that the best piece of advice I can give at this moment is this:
Treat your business like a second child.

Celebrating the way you raised money is just the beginning. Being devastated thinking it’s over when you lost the deal isn’t the true reality. It’s always somewhere in the middle. And if you understand how to raise a second child, and realize the difference between “Little Timmy’s eating dirt, and that’s ok”, but you would have NEVER let big sister Janet do that, that is the same way that I think you need to look at your business.

Nothing is the end of the world, and nothing is the greatest thing of all time. Embracing the chaos, the nimbleness, the things that you can’t control, is the complete definition of a leader that’s going to be able to navigate through the chaotic, never-predictable business world.

So relax. Grab a coffee. Take a shot of vodka. It’s all going to be ok. Treat your business like a second child.

[image from Creative Commons by Chiara]