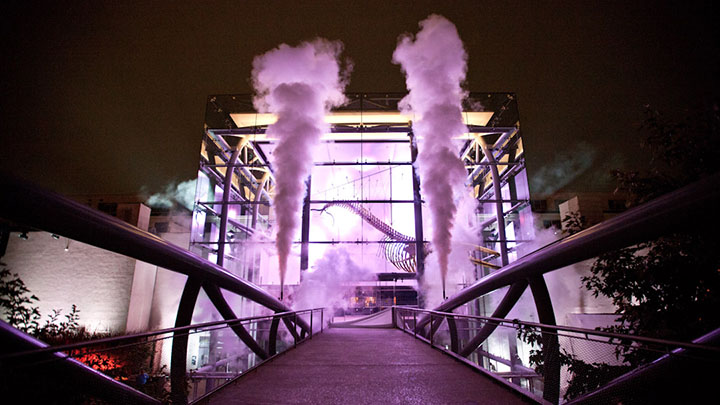 More than 800 guests enjoyed the black tie gala event produced by PEI’s Denny Beaubien, Janine Micucci and Beth Norber. After dinner, guests joined up with an additional 400 After Party guests and watched the spectacle unfold.

Radar was tasked with creating the 30-minute spectacle piece that was projected onto all three sides of the covered Otis Booth Pavilion. At the end of the piece, giant fin whales swam inside the pavilion until one of them swam into the glass, cracking it and causing all of the water to pour out. At that dramatic moment, the fabric covering the pavilion was released and revealed the brand new, elegantly-lit Otis Booth Pavilion.

The piece featured interviews from NHM’s President Jane Pisano, LA County Supervisors, celebrities and NHM board members. Intercut with the interviews were several image mapping segments and fin whales. A team of twenty artists worked on the project for four months. 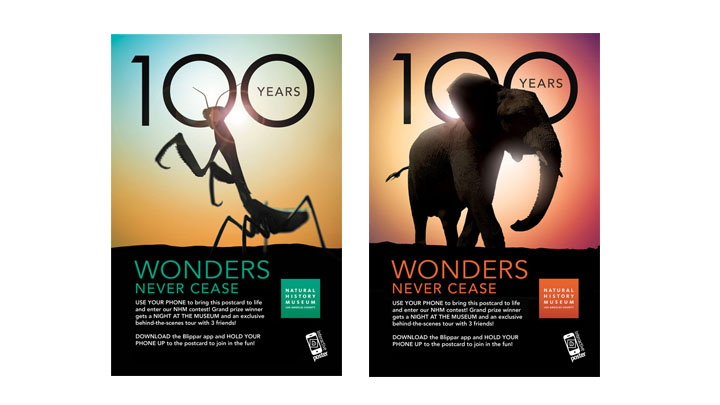 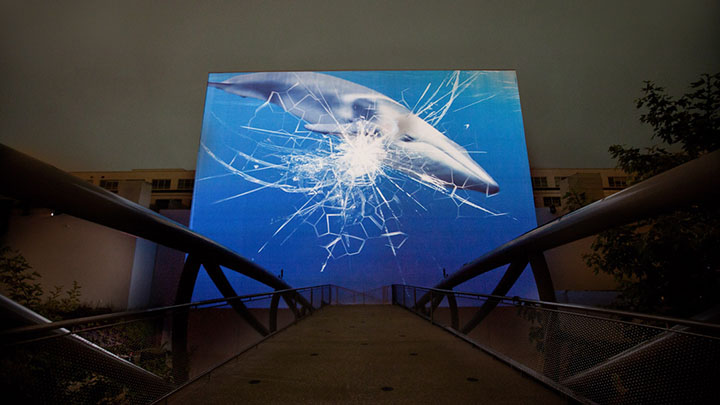 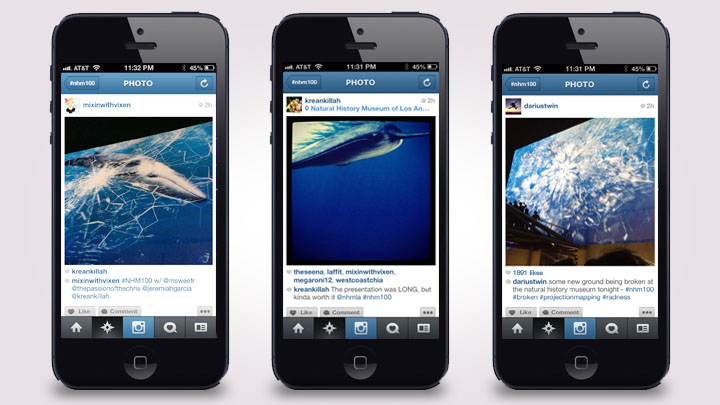 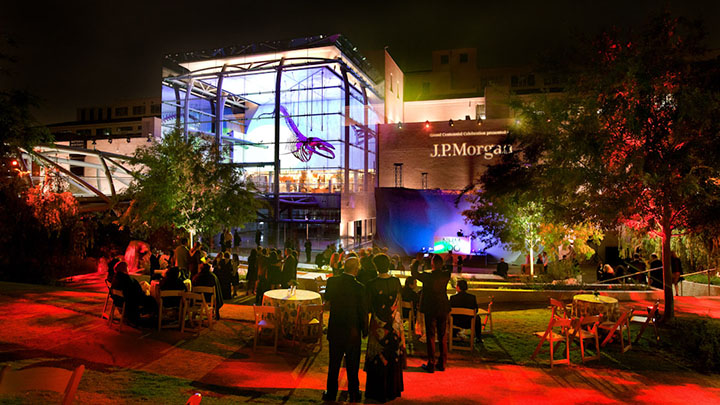 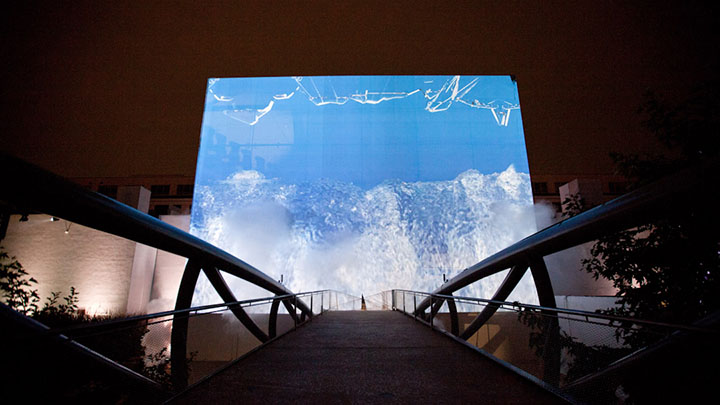 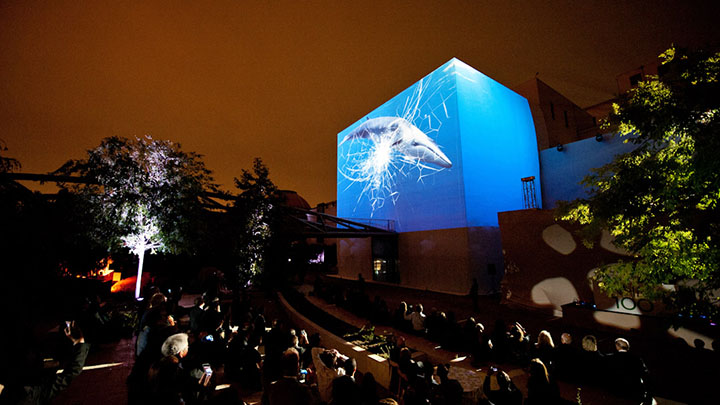