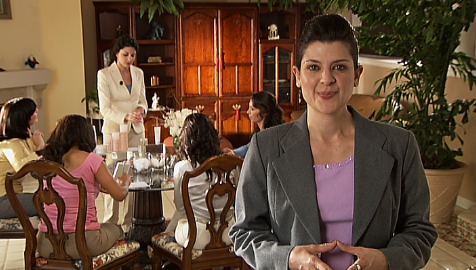 Radar is in post production on two Jafra Class videos: one in English and one in Spanish. The two 20-minute videos were shot on DVCPRO50 and were lit by Darren Rydstrom. Both videos teach viewers how to host a Jafra Pamper Party and Class in their own home and the benefits of Jafra’s new product line (due to launch next month).

Renee Raudman (English) and Raquel Fourmier (Spanish) served as Hosts with a cast of ladies that included Robin Phelps and Gigi Palomera. Filming took place over two days in Thousand Oaks. Click here for behind the scenes pictures.