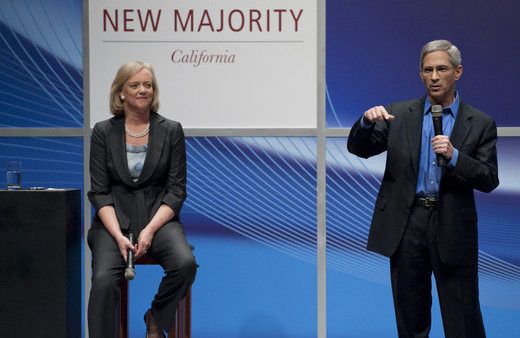 Last night’s debate, hosted by the New Majority, between Meg Whitman and Steve Poizner at the Orange County Performing Arts Center has already garnered a significant amount of media attention across the state. Links to photo albums and articles from this morning have been compiled below for your browsing pleasure.

Full Video of the Debate

All Contents Copyright 2006 : Paid for by The New Majority PAC
Photo courtesy of the Sacramento Bee