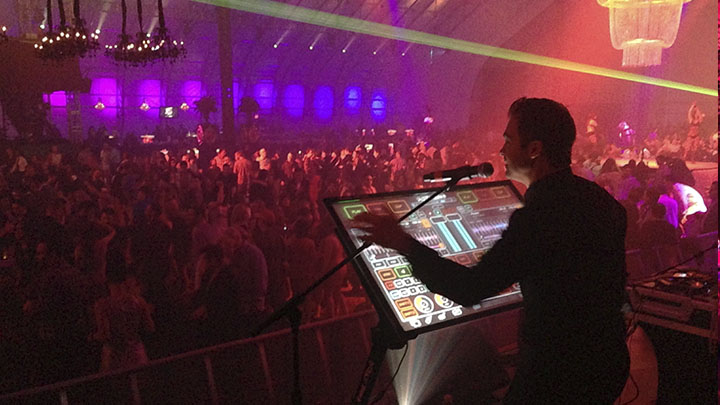 The HAND Company was tapped by DIRECTV to help produce and execute all of the on-site media as well as help coordinate some of the live event production needs for the 7th Annual Celebrity Beach Bowl in New Orleans. The televised event took place the day before Super Bowl XLVII and featured a celebrity-studded flag football game, a concert by Pitbull and an invite-only party featuring QuestLove and Justin Timberlake, who used the Super Saturday Night event to debut his new album and perform live for the first time in five years.

Radar worked closely with executive producer Steve Hand to create several custom looks for the game, the concert and the Super Saturday Night event that same evening. Radar’s Drew Lucas served as Media Producer and oversaw the creation of all custom content playing on a 4-sided LED “Jumbotron” and 7 LED ribbon walls as well as two giant screens for the nighttime concert with Timberlake. In addition to sponsor loops and graphic support for the Beach Bowl game, Lucas oversaw all playback of this media to ensure flawless execution. Radar served as live event show caller, helping to bridge the gap between the live event elements and the live television broadcast.

Celebrity Beach Bowl is Executive Produced by Brad Setting of DIRECTV and co-produced by Murphy Pro and The HAND Company.